Platform games live and die on the strength of their controls, the abilities of the characters and – for less technically proficient gamers such as me – the positioning of their checkpoints. And to overcome those moments of repetitive frustration as you struggle to avoid shells, fireballs and jumping sections, there needs to be an engaging world with nefarious enemies and rewarding challenges to overcome.

Greak: Memories of Azur successfully manages to fulfil this criteria, with Team 17 delivering an enjoyable and memorable platforming experience, aided by beautiful hand-drawn animations, a triumvirate of gifted siblings to control and well-crafted puzzles. At times, it felt like a close relation of 2014’s Child of Light and Moon Studios two Ori games. Like those games, Greak never outstays its welcome and I thoroughly enjoyed my 7 hour playthrough.

The game takes place in the lands of Azur, where a magical race called the Courines are under attack by the enemy Urlags. Greak, a young Courine, is joined by his older siblings, Adara and Raydel, who collectively seek to help build an airship to escape the lands. This side-scrolling, single-player game has you swap between the siblings to overcome enemies and use their various powers and abilities to solve puzzles. The game demands that you use all of the characters to proceed which helps avoid over-reliance on any one of them and ensures a varied platforming experience. 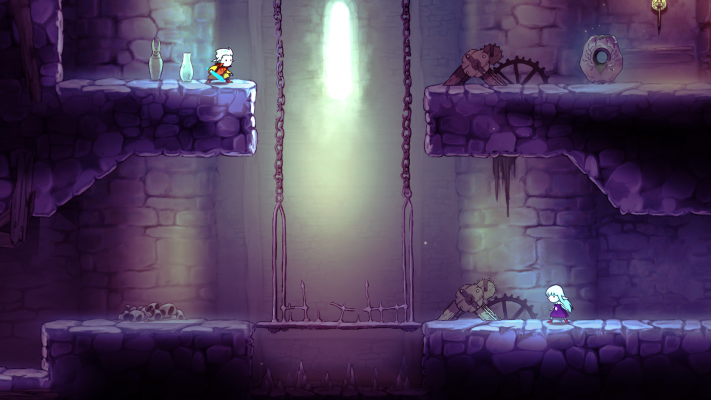 The titular character, Greak, is swift and agile, with a dodge ability which allows him to avoid most enemy attacks. Adara is able to levitate and dive, which makes her vital for exploration; she can also wield arcane magic allowing her to make ranged attacks. Raydel is armed with a shield and a sword making him tough in offense, whilst able to protect against certain environmental challenges with his shield. He also has a hook shot which allows you to reach certain areas. You don’t have all of the characters available for most levels and it’s only the latter stages where the siblings are together.

Puzzles run throughout Greak: Memories of Azur and require you to utilise the skills of the characters you have available to complete them. This type of approach in games can often become an exercise in frustration but I felt that the puzzles throughout were well designed. The drip feed approach of introducing new characters and abilities meant that by the end of the game I was fully prepared for the labyrinthine puzzle that the game ends with.

This is not a game that revolves solely around puzzles. The combat, whilst doing nothing revelatory, is decent enough and the siblings differing abilities ensures that there are a variety of approaches available when facing each enemy. At times, Adara’s arcane magic feels overpowered compared to the brute force approach of her brothers. On the Switch the ZR button allows you to group the siblings together and the ZL button allows you to control the siblings collectively. This makes the act of dispensing with most enemies a swift experience. 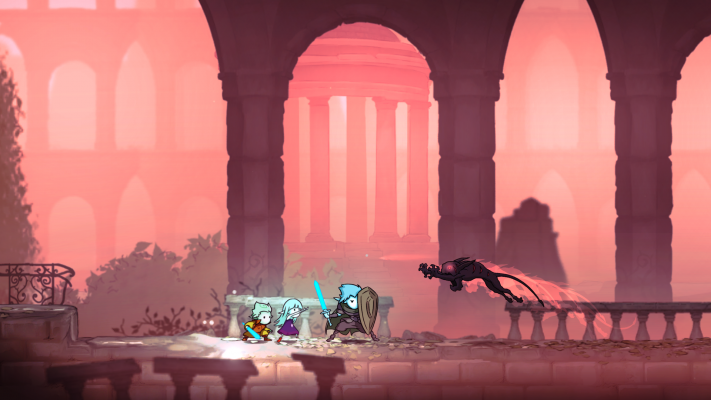 Whilst the combat appears to be a secondary concern to the solving of puzzles, the boss battles are where the offensive skills of the siblings shine. There were two bosses in particular that were a challenge and required a strategic approach, prioritising a specific sibling in certain phases. Working out how to beat these bosses and then implementing that plan was a key strength of the game. Every time I failed to beat them was a frustrating experience; however, that was more annoyance at my own inadequacies than any failing on the game’s part. There was the addictive siren call of ‘one more go’ that you expect from a decent platforming game.

A personal bugbear with platform games is when there is a sudden difficulty spike or a gaming dynamic is introduced poorly. Greak: Memories of Azur is a well pitched adventure with a gradual increase in difficulty that suffers neither of these problems. For the most part, save points are fairly distanced with the odd exception of a few that require an additional 30 seconds before you again attempt to best a boss. This is a mild grievance and didn’t detract from the overall experience. 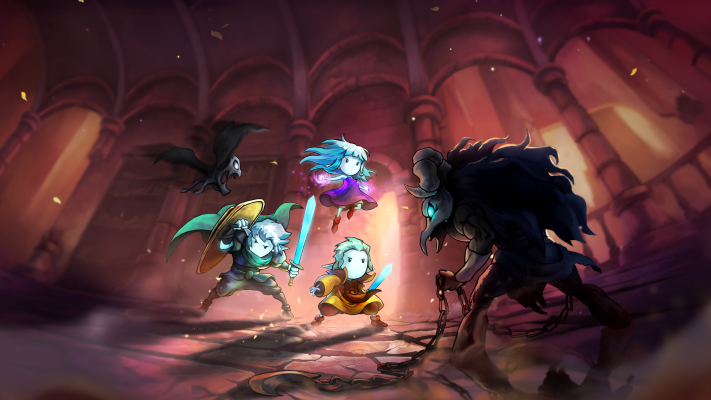 Whilst most sections have their challenges and the bosses present an increase in difficulty, the game isn’t overly tasking or frustrating in its demands. It’s not a hugely original or unique game but it is certainly an enjoyable platforming experience. Gameplay is solid and engaging throughout and Greak: Memories of Azur is a game that I would heartily recommend. It left me wanting more and that’s one of the greatest compliments I can give it. Team 17 and Greak and his siblings have certainly delivered and I hope to see more from all involved in the future.

Greak: Memories of Azur is released on August 17th and is available on PS5, Xbox Series S/X, Switch and PC.